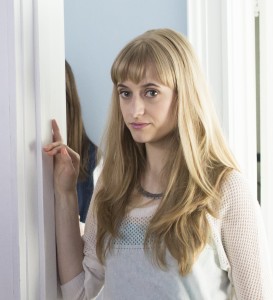 Sophia Fabiilli is a Toronto-based actor and producer. As a performer, her work has been featured on ‘Close Encounters’ and ‘Curious and Unusual Deaths’ (Discovery Channel), as well at Theatre Aquarius, Sudbury Theatre Centre, Lighthouse Festival Theatre, Theatre Kingston, The Rose Theatre, Globus Theatre, The Playwright Project, Toronto Fringe/Best of Fringe, and the New Groundswell Festival.

As a producer, she has worked alongside Nightwood Theatre, Seventh Stage Productions, and One Little Goat Theatre Company. THE COCKSURE LADS MOVIE is Sophia’s feature film debut and she would like to thank the entire team for having her on board.