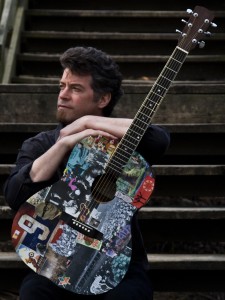 In the mid 90’s, Mike Ford was a member of the legendary Canadian band Moxy Fruvous alongside Murray Foster. Together, they created an inside joke around a fictional 1960s band – The Cocksure Lads.

In 2010, Mike and Murray decided to record all the songs they had written for this fictional band and released the album The Greatest Hits of The Cocksure Lads, 1963-1968.

Outside of The Cocksure Lads, Mike Ford is a well-respected performer and educator who was awarded The Queen’s Diamond Jubilee Medal in 2012 for his work creating and delivering (in English and French) history-themed interactive arts experience to communities and schools across the city and across the province for more than 15 years.