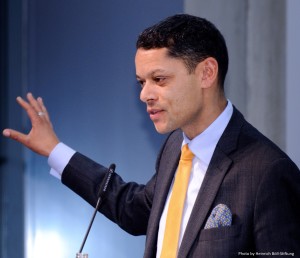 Born in Kimberley, Ontario, Matt Galloway joined the CBC in 2004, and for the past four years, he has been the host of Metro Morning on CBC Radio One, the top-rated morning radio program in Toronto.
Matt anchored the CBC Radio coverage of the 2010 and 2014 Winter Olympics. He has also hosted the programs Here & Now, The Current, and Sounds Like Canada.
He has been named “Top Radio Personality” in Toronto by the readers and editors of NOW Magazine, “Toronto Hero” by Torontoist, and “Mensch of the Year” by The Grid In 2012, he was awarded the Excellence in Community Service Award, and in 2013, he received the award for Diversity and Social Inclusion by the Tagore Anniversary Celebrations Committee of Toronto.