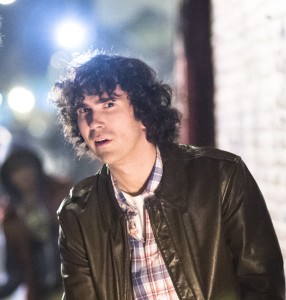 Marc Hallworth is an actor, comedian, writer, director, teacher, and improvisor from Calgary, Alberta. After doing years of theatre and independent film projects, he began doing stand-up and improv in Calgary in 2006.

He moved to Toronto in 2009 to do the Humber College “Comedy: Writing & Performance” program, performing at Yuk Yuk’s, the Rivoli, the Comedy Bar, the Second City, the NXNE and YYComedy Festivals, and was a semi-finalist in the 2013 Toronto Comedy Brawl. Upon graduating, he won the Billy Crystal Sketch Award and the Mark Steven’s Independent Producing Award.

He is an improv tournament champion at both the Toronto Beerprov Draft and TheatreSports Micetro, and helped produce and perform at the first ever Calgary Improv Festival.