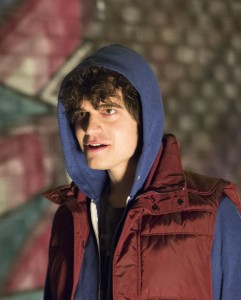 Brandon James Sim was born in Uxbridge, Ontario where he was bitten by the acting bug and possibly a vampire.

A University of Guelph Theatre degree later, Brandon has stepped into his light as an Actor.

2014 has been an exciting year for Brandon with the release of two short films (FLORENCE AND THE FISH and the award-winning BASTED), two feature films (HOMAGES and THE COCKSURE LADS MOVIE) and his graduation fromThe Second City Conservatory.

Before any performance Brandon reminds himself of the one simple task he must accomplish: being fantastic.