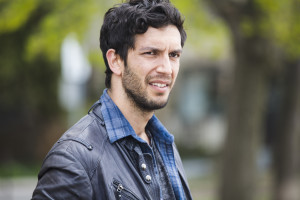 A music lover, he is the lead singer in an 80’s inspired band “Le Cassette” and will be spending six months singing in Tokyo, Japan in 2015.

He’s currently working with Marc Price, the Director and writer of Colin, on his upcoming film SIMON.  Film appearances include: 95th, SOMETHING HAPPENS HERE, THE WAY OF THE MONKEY’S CLAW.